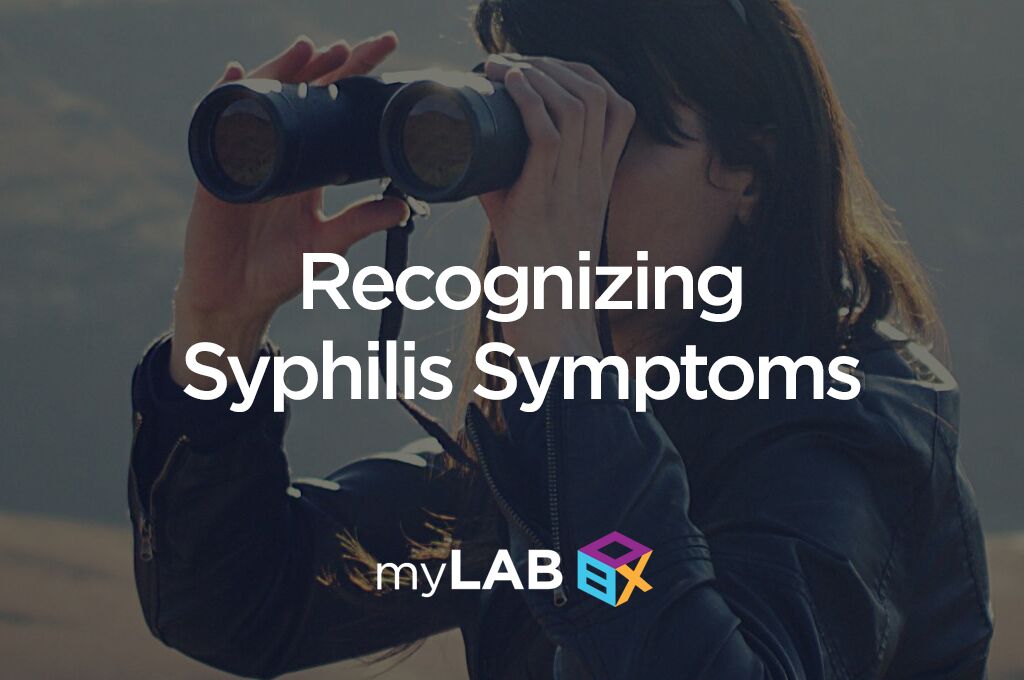 Can you recognize the common symptoms of syphilis? It is one of the most widespread sexually transmitted diseases (STDs) in the United States with 88,000 documented cases in 2016 alone. It seems that more men are getting infected with syphilis by the day, particularly homosexual and bisexual men. Many men who have syphilis don’t know for a few years if they haven’t been tested. Women who have syphilis are on the decline.

This infection, caused by the bacteria Treponema pallidum, is a highly contagious disease that is spread primarily through sexual activity. Syphilis is spread via open sores, but relying on your visible symptoms is not a good preventative strategy. The fact is, the vast majority of those sores are often missed by a quick visual spot-check. This means that those who have it are often completely unaware of their condition, resulting in even more infections because these unknowing carriers spread it to their partners. It can be transmitted via oral and anal sex, and occasionally even by kissing. Contrary to many urban legends and superstitions, syphilis absolutely cannot be spread via toilet seats, touching a doorknob or sharing a hot tub.

Everyone is at Risk for Syphilis

In fact, many of history’s most famous figures have supposedly been infected. This includes people like Al Capone, Casanova and even Abraham Lincoln. Though if we’re being honest, nobody should be surprised that Casanova contracted it. The man was famous for everything but sexual caution. In his defense, the idea of regular STD testing was unheard of back in those days.

The CDC’s 2015 report indicated that gay and bisexual men accounted for more than 60 percent of early syphilis cases. According to the CDC’s Morbidity and Mortality Weekly Report, this is roughly 106 times higher than the rate of syphilis among heterosexual men. It is also 168 times higher than in women.

That said, we were serious when we mentioned above that everyone is at risk for syphilis. While the risk may be higher for gay and bisexual men, that doesn’t mean that everyone shouldn’t also get tested regularly.

The Stages of Syphilis

Even if you are looking directly at them, it can be tough to notice any symptoms during the initial phase of a syphilis infection. The infection may manifest as a painless sore that resembles a mild case of acne or an ingrown hair. It takes a trained eye to recognize these early bumps or sores, so everyone should be regularly tested to be absolutely sure of their status.

It’s also possible that syphilis won’t show any symptoms at all for many years. Left untreated, a case of syphilis could eventually develop into serious long-term health problems. These issues may include arthritis, blindness and brain damage. If left long enough, it can be fatal.

During the first phase, the only indication of syphilis are small, firm, painless sores around the area where the infection first entered your body. These usually occur within the first few weeks after initial infection and often subside within three-to-six weeks, but this does not mean that the infection has been cleared from your body. Treatment is required to prevent the disease from progressing to the next phase.

The secondary stage of syphilis adds new symptoms to the mix. A red rash may appear and spread throughout the entire body, including the hands and feet. Typically this rash does not itch. Skin rashes and/or sores in the mouth, vagina, or anus (also called mucous membrane lesions) are also common. Other possible symptoms include:

As with the Primary Stage, these syphilis symptoms will vanish within a few weeks. Again, this does not mean that the infection clearing up. It is simply transitioning into Latent Syphilis.

This next phase could last for several years. During this time, you may not notice any visible symptoms at all. At this point, the infection will develop into “Late Stage” syphilis.

This is the final phase of the infection. It can occur anywhere between 10 and 30 years after the initial onset of the infection. Most people who are infected will have discovered and treated their syphilis infection by this point. The symptoms of late stage syphilis may include:

Approximately 15 to 30 percent of untreated syphilis cases progress to this point. The only way to stop it in its tracks is to get tested and treated earlier on.

There is one other type of syphilis: congenital syphilis. This is the form that a pregnant mother accidentally transfers to her unborn child. Most newborns will not show any sign of having the disease, but it is possible for them to suffer from a number of complications, ranging from a simple rash to deafness, teeth deformities and the collapse of the nasal bone.

All pregnant women are usually tested for syphilis during their first prenatal visit. You could call up your doctor and ask for a syphilis test, or, you could simply order one online and screen for this infection at home. Using myLAB Box, you’ll send a small blood sample off to our labs.

Test For Syphilis With MyLAB Box At Home Test

What Happens if My Syphilis Test Comes Back Positive?

Your syphilis test will come back either positive (reactive) or negative (non-reactive). Keep in mind that a positive diagnosis cannot be established until a TP-PA confirmation test is run, testing serum and differentiating syphilis from other conditions. You can use our free telemedicine physicians if you get a syphilis test with a positive result. They’ll help you find a doctor nearby for further testing and treatment. If your syphilis test was positive, let your partner know right away so that they can take a test and seek out treatment.

Syphilis is curable and can be treated with antibiotics. Unfortunately, if you wait too long to find out you have syphilis, treatment won’t undo damage that the infection has already done on your body. Treating syphilis is more about alleviating symptoms and making you more comfortable.

Thanks to penicillin, we were able to stem the tide of this STD. Since the late 1940s, syphilis has gone from a serious life-changing diagnosis to yet another of the many curable sexually transmitted diseases. Typically, a course of antibiotics will be prescribed by a medical professional. Dosages will vary depending on a patient’s symptoms and how far the disease has progressed.

Once you have been treated for syphilis, you can still be re-infected. Re-test in three months to ensure that the syphilis infection has been cleared.