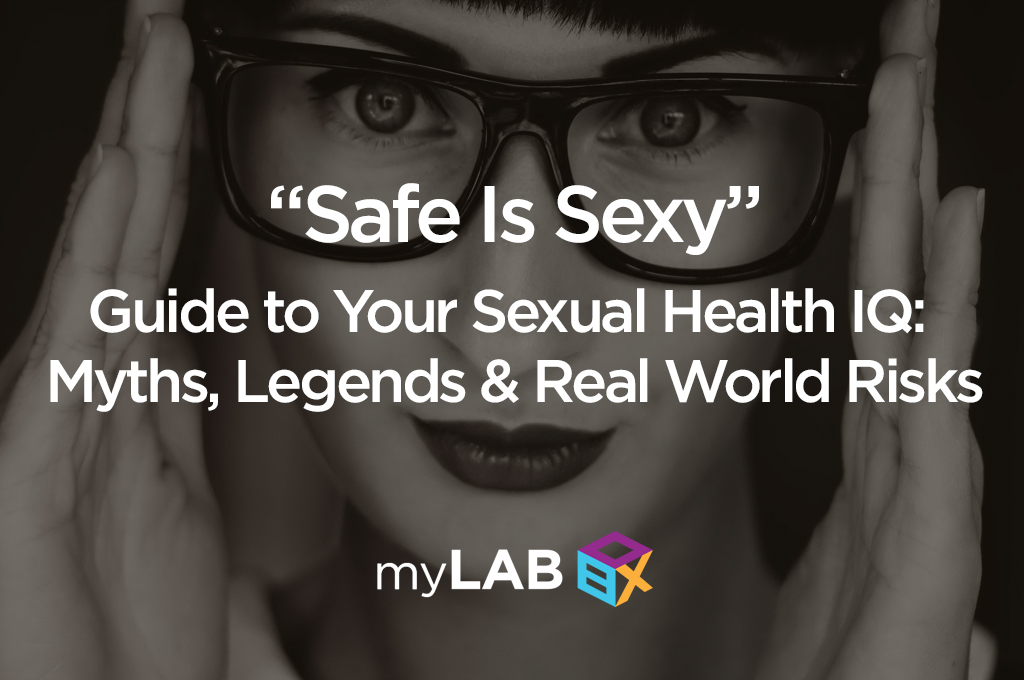 Here at myLAB Box, we want to make sure you always have the resources you need to score high on the sexual health IQ scale. You’ll hear lots of “facts” out there about sexually transmitted diseases (STDs) and HIV, but you can’t believe everything you’re told. In truth, the rate of STDs is increasing. This is, in part, due to a lack of proper sex education. It turns out, knowledge is power when it comes to taking control of your health.

In today’s post, we’ll debunk some major myths and legends about sexual health and reveal real world risks in the process.

Myth: I have no symptoms. That means I have no STDs, right?

Truth: This statement may seem like common sense, but it is far from the truth. The fact is, most STD cases don’t show any symptoms at all: 80 percent, to be exact. Just because there aren’t any signs of an infection, doesn’t mean it isn’t there. Sometimes, symptoms only show when the infection is in its later stages, when it has already affected your body. At this point, the side effects will be greater. These can include infertility, paralysis, loss of muscle control and more. It is also possible that you will have infected a partner by not knowing your status before engaging in sexual activity. The only way to know for sure whether you have an infection is to be tested.

Myth: I am a virgin, so I cannot be infected.

Truth: This is also largely incorrect. Many virgins still take part in sexual activities aside from intercourse. If this is true in your case, then you are still at risk. The bottom line is that you don’t need to be promiscuous to be vulnerable. Intercourse is not the only way to catch an STD. In fact, oral sex, and sometimes even kissing, can pass along an infection. For instance, sores are sometimes associated with Herpes Simplex Virus (or HSV). In addition, gonorrhea can easily equal an “STD in mouth” if you aren’t careful. Contact with an infected skin area, tooth decay and mouth sores can all lead to oral STDs. Performing oral sex on someone who has an STD such as chlamydia can transmit an infection to your throat. Similarly, if a partner with oral gonorrhea performs oral sex on you, they can transfer the infection directly to your genitals.

Myth: I’m married, so I definitely don’t need to get tested

Truth: Unfortunately, marriage does not guarantee monogamy. Even if you are faithful to your spouse, it does not mean that they are faithful as well. It’s a bummer, we know. But that doesn’t mean you can’t keep yourself healthy. Certain sexually transmitted infections may take months to show symptoms or, as we mentioned above, never show symptoms at all.

So even when you are both monogamous, it is possible that one of you unknowingly entered your relationship with an infection and can pass it on to the other. Without being tested, you may not know until the STD becomes more serious.

Truth: First, congratulations on getting tested! That’s great news. But you aren’t done just yet. In reality, getting tested only once isn’t nearly good enough. Even if you purposely test for a full range of major infections, that’s just the first step. You should still re-test once every 3-6 months.

According to the Center for Disease Control (CDC), 50 percent of adults between the ages of 18 and 44 have never been tested for anything except HIV. If these individuals have any other STDs, it isn’t being detected. More importantly, it isn’t being treated. This means that it is much more likely for that infection to spread to new partners and progress to a more advanced stage. myLAB Box offers 4-, 8- and 14-panel at home tests that allow its customers to test for a whole spectrum of STDs.

Myth: I went to the clinic, so I’ve already been tested for everything.

Truth: General practitioners and clinics typically have a standard panel of tests that they use to screen patients for STDs. However, these tests do not cover all of the most common infections. Unless you show symptoms or ask for specific tests, chances are high that you will only be tested for STDs in the genital region. This is fine for those who have genital STDs, but as we discussed above, oral STDs are a big concern as well. Genital-only tests do not screen for rectal and oral infections, which leaves a significant portion of STDs undetected.

Extragenital, or three-site, testing is an important option that screens the rectum and throat in addition to genital-only examinations. myLAB Box offers an extragenital at home test solution, which provides you with a more complete picture of your health.

Truth: Condoms are very important to your sexual health. They do not, however, protect against all STDs. Although condoms decrease your risk of being infected, they are not 100% effective. Condoms sometimes break, and do not always cover the entire skin area that may become, infected. It is important that you use them, but also that you get tested in order to avoid future damage to your health.

There you have it: some important myths, busted. Now you have more of the knowledge you need to ensure that you (and your partner!) can enjoy the fun healthy sex life you deserve!