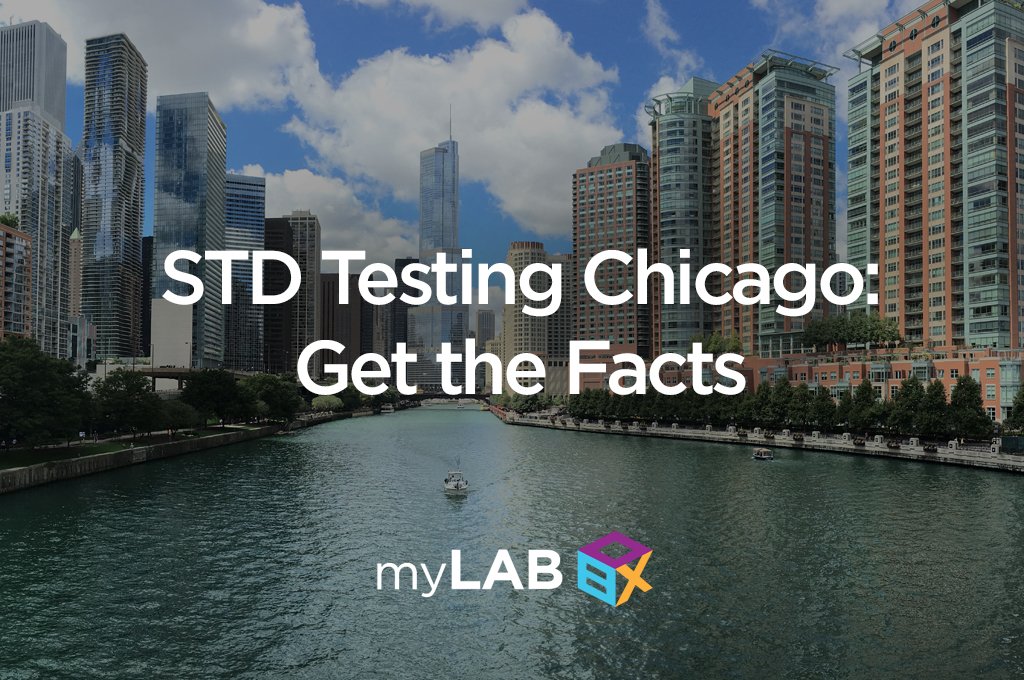 STD Testing Chicago: the stats are in. On the whole, the rates of sexually transmitted diseases and infections have been steadily rising across the United States in the past few years. The city of Chicago is not an exception.

In many ways, Chicago is in worse shape than most of the country. The statistics presented here come directly from the Chicago Department of Public Health (CDPH). Each year, CDPH releases a report of surveillance data for STIs.

When STD testing Chicago, it turns out that people there are generally more likely to contract gonorrhea, or “The Clap,” than the rest of the country. Gonorrhea infections are a major cause of pelvic inflammatory disease (PID) in the United States. Certain strains, nicknamed “Super Gonorrhea,” have even become resistant to treatment. In 2015, the year of the most recent report, the CDHP saw 8,786 reported gonorrhea cases. It’s worth noting that there were 1.4 times as many reported gonorrhea cases in men than women.

Additionally, Chicagoans are nearly three times more likely to have chlamydia. Chlamydia is the most common sexually transmitted infections in the United States. In 2015, Chicago saw a total of 29,018 reported chlamydia cases. There were 1.8 times as many reported chlamydia cases in women than men. For women, the number of new chlamydia infections was higher than the diagnosis rate for men. There actually is a good potential explanation for that. More women tend to be screened for the infection due to regular checkups. Meanwhile, men tend to go undiagnosed. It is quite possible that this STD testing Chicago number is closer than the CDHP’s numbers indicate.

In Chicago, syphilis rates are actually decreasing on the whole. Still, that doesn’t mean there isn’t a problem. If left untreated, syphilis can result in serious medical complications and increase the likelihood of transmitting or being infected with HIV.

The surveillance report actually separates cases by the “stages of syphilis” instead of using a blanket catch-all term:

In 2015, a total of 758 P&S syphilis cases were reported in the city. Cases of Primary and Secondary syphilis are still significantly higher than in the rest of the country. While there may be an overall drop in syphilis cases for both sexes, there is one population where the CDHP report sees an increase: men who have sex with men. This population is at greater risk and accounts for 62% of the reported cases.

In 2015, Chicago residents between the ages of 20 and 29 were the most frequently diagnosed age group for chlamydia and gonorrhea, as well as primary and secondary stage syphilis.

Fortunately, we’re getting better about HIV testing.When examined in 2015, STD testing Chicago showed 921 newly diagnosed HIV cases. That’s a significantly lower number than in previous years. Chicago is one of many states that has seen a downward trend in new HIV infections and late diagnoses. In fact, the CDHP’s report shows that 79% of new HIV diagnoses are linked to HIV medical care within one month of diagnosis. This puts Chicago on track to meet the National HIV/AIDS Strategy goal of 85% by 2020. That means we’re taking better care of our sexual health.

Even more good news, the number of concurrent/late HIV diagnoses are the lowest in the city since 1990. This clearly shows that we’re making significant progress towards making regular HIV testing a common part of everyone’s overall sexual health.

That said, people are still being infected. In the report, we see that individuals between the ages of 20 and 29  were the most frequently diagnosed age group. They represent 43.2% of all of the 2015 HIV diagnoses. Additionally, there were 5.4 times as many new diagnoses in men than in women.

Obviously, HIV can affect anyone of any sex, race or lifestyle. We all should be tested for STDs on a regular basis. That said, certain groups may be at a greater risk and should take extra precaution. The Centers for Disease Control and Prevention indicates that men account for over 90% of reported HIV cases. Additionally, the most common way an HIV infection was passed was between men who have sex with other men.

Screening for sexually transmitted infections is the key to a clean bill of sexual health. Everyone should get tested at regular intervals. A service like myLAB Box makes the screening process easier than ever before.

Simply click “order” on our website and wait for a discreetly packaged testing kit to arrive at your door. myLAB Box’s tests allows you to test from the comfort of your home. You can order a test for a specific STD, or you can choose one of our multi-panel combination packs.

With myLAB Box’s easy-to-use full panel STD test, the Total Box, you can screen for the 14 of the most common sexually transmitted diseases in the United States. You’ll receive the same secure, lab-certified results that you would from any clinic or doctor’s office. This makes it the most comprehensive STD test pack on the market today.

The Total Box screens for:

STD testing at home is a brave new step for self-care. It’s the least stressful way to make a responsible choice for your health and earn total peace of mind. If you need more information, please check out our FAQ page and the rest of the handy myLAB Box blog to learn more.